The development of quantum mechanics has been one of the most important achievements of modern physics. Quantum mechanics constitutes the basic foundation of nature on an atomic length scale. However, it is often at odds with our classical world, seemingly contradicting everyday experiences. In quantum mechanics, certainties are replaced by probabilities and a single atom, for example, can be in different states or even at different positions at a given time. Furthermore, quantum mechanics poses fundamental limits: We cannot know an object’s position and momentum at the same time. For nearly a century, it has been a dream of physicists to realize a macroscopic object that behaves purely quantum mechanically. A Bose-Einstein condensate (BEC) is exactly this – its realization gives physicists direct access to the quantum mechanical world.

The first BECs in ultracold atomic gases were realized by Eric Cornell and Carl Wieman at JILA/University of Colorado, and by Wolfgang Ketterle, MIT, in 1995 (see [1]). These three researchers were awarded the Nobel Prize in 2001. Since then the field of ultracold quantum gases (BECs and degenerate Fermi gases (DFGs)) has revolutionized modern physics and has developed into an extremely active and rapidly advancing research area. But even with today’s technologies, achieving a BEC or a DFG is no easy task. A cloud of atoms needs to be cooled to ultracold temperatures, just a few billionths of a degree above absolute zero. These are about the coldest temperatures ever realized, far colder than any naturally occurring temperature in the universe. Only with the development of powerful laser-cooling [2] and atom-trapping techniques has it become possible to venture into these extremely cold regimes. 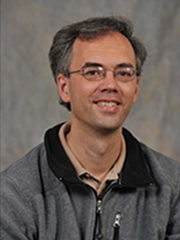