Our universe is an incredible place. Despite its incredible diversity and apparent complexity, an amazing amount of it can be described by relatively simple physical laws referred to as the Standard Model of particle physics. Much of this complexity “emerges” from the interaction of many simple components. Characterizing the behaviour of “many-body” systems forms a focus for much of my research.

Unfortunately, “many” typically begins with three! With the help of computers, “many” can be extended to four or five if “exact” solutions are desired. Approximate methods such as ab-initio Monte-Carlo techniques can extend this to a few hundred, and classical particle dynamic simulations have pushed this to trillions, however, this falls well short of Avogadro’s Number of molecules found in a typical macroscopic sample of matter.

A solution to the “many-body” problem is imperative for fundamental physics to systematically predict and explore new properties of matter without requiring serendipitous experimental discovery. Many cases preclude experiments altogether (consider stellar matter) and a practical many-body solution is the only recourse.

Finding methods to study fermionic many-body systems has been the underlying focus for much of my research. QCD is a rich fundamental theory, and mean-field analyses used here have been a source of inspiration for novel phases in other many-body systems. Dense quark matter may also have observable consequences — topological defects such as vortices, for example, could play an important role in explaining puzzling neutron star phenomena like glitches and kicks — and may even hold the key to understanding baryogenesis and dark matter. A problem with these possibilities is that they lie in regimes of strong-coupling where theoretical techniques are at best qualitative, and sometimes misleading.

Fortunately, the relevant physics of interacting fermions appears in many other contexts, including cold atoms, superconductors, and nuclei. Cold-atom experiments provide a controllable environment for studying the simplest of these systems, and have already demonstrated that many “mean-field” models are insufficient for understanding novel states of fermionic matter. One of my long term research objectives is to develop and benchmark quantitative techniques for modelling strongly interacting fermions, starting with the simplest cold-atom systems, and generalizing to nuclear matter. (This was the focus of our 2011 INT program.) For example, cold-atom systems have established that variational and QMC calculations provide a useful description of highly polarized matter.

My immediate research objectives center around density functional theory (DFT) related techniques. The DFT framework provides a computationally accessible tool for studying the static and dynamic properties of macroscopic systems. It provides a bridge between systems of finite size and the macroscopic thermodynamic limit, allowing for a synthesis of calculable and measurable properties, such as ab initio QMC calculations of few-body systems, to be used to quantitatively model more complex systems. The result is a framework for computing static and dynamic properties of many-body systems far beyond the reach of ab initio techniques.

After having established the existence of partially polarized phases in the unitary Fermi gas cond-mat/0606043, we developed an asymmetric DFT to quantitatively describe polarized systems 0808.1436, and predicted the existence of a fermionic supersolid LOFF phase 0802.3830. Present experiments do not allow this phase enough physical space to develop, but we are working with experimentalists to optimize trap designs and identify signatures that will maximize the likelihood of observing this intriguing phase.

In addition to modeling and predicting new properties of these partially polarized phases, the cold atom approach allows us to investigate the strengths and deficiencies of the DFT. We found that the current DFT – coined the superfluid local density approximation (SLDA) – unifies all ab initio results for homogeneous matter 1205.4815 therefore, using trapped systems, I am able to study the DFT gradient terms, and predict universal constants describing static low-energy behaviour.

A related research objective is to investigate the dynamic properties of strongly interacting fermionic matter using DFT. This provides one of the only avenues to quantitatively answer questions about properties of nuclear matter in the crust of neutron stars. In particular, in collaboration with Rishi Sharma, we have found that a simplified DFT (known as an extended Thomas-Fermi (ETF) model) can quantitatively model low-energy superfluid dynamics, reproducing dynamical fermionic TDDFT simulations at a fraction of the computational cost. Modern supercomputing resources thus open a door to solve the problem of neutron star glitches, which has remained outstanding for more than fifty years since Anderson and Itoh proposed vortex pinning on nuclei in the crust. To date, even the sign of the vortex-nucleus interaction is unknown.

DFT will allow us to tackle this problem: First we will use a fermionic TDDFT for nuclear matter to calculate the sign and magnitude of the vortex-nucleus interaction. Then we will use this to tune an ETF model, and scale up the calculations, simulating the collective behaviour of multiple vortices to see if pinning can indeed explain observed glitching events.

Another of my research objectives is to use observational data to confirm or rule out our proposal that much of the diffuse radiation from the core of our Galaxy results from dark matter in the form of quark antimatter nuggets (arXiv:astro-ph/0611506 and arXiv:0804.3364). If confirmed, this would provide a unified explanation for both baryogenisis and dark matter, and give means of directly observing dark matter in our Galaxy. In addition, these nuggets would forge a new connection between QCD and astrophysics, as they would be an additional realization of high density QCD matter.

The basic idea stems from the observation that there is only five times more dark matter than baryonic matter: this suggests that they may both originate from the same QCD scale. (If they originated from very different scales, then one has an additional “naturalness” problem of explaining why the observed scales differ only by a factor and not by many orders of magnitude.) We propose that the CP violation required for baryogenisis arises from strong CP violation, and that the physics invoked to solve the corresponding strong CP problem (currently understood to be an axion field) aids in the formation of the nuggets. The CP violation drives a slight excess of antimatter nuggets, resulting in an excess of free baryons (the matter in our universe) and a collection of tightly bound matter and antimatter nuggets comprising the dark matter.

The novel observational consequences of this “dark antimatter” stem from the annihilation of electrons and protons on the antimatter nuggets. This will produce observable radiation from the core of the galaxy, providing a means of testing and/or refuting this idea. (There are many other cosmological constraints on our proposal, but these are naturally satisfied and do not provide as tight a verification as do the galactic emissions.) Presently, the model provides a natural explanation of three previously unrelated sources of diffuse galactic emissions spanning over 12 orders of magnitude in energy: the 511 keV, ~10 keV x-ray emissions, and the so-called microwave WMAP-haze. Without a single extra parameter, the WMAP-haze is correctly explained at a scale some 10 orders of magnitude smaller than the scale at which we fix the parameters of the model.

To quantitatively formulate this proposal, input about QCD at high densities, high temperatures, and in a background of strong CP violation will be needed. This will require advances in the lattice QCD program, and could provide new observational input into the properties of QCD in extreme conditions.

While researching the consequences of these nuggets, I have realized that there remain several outstanding issues regarding diffuse electromagnetic emissions from the core of our galaxy. If our proposal is refuted, these puzzles remain, and could provide important clues about the nature of dark matter or other physics beyond the standard model. A medium term goal of mine is to try to understand the origins for some of these diffuse emissions to see if they can shed some light on new physics.

Astrophysical observations such as these provide a complementary approach to high energy experiments like LHC for discovering new physics. Whether or not our specific proposal is true, the fact that it can not be easily ruled out demonstrates several points: 1) there is room within the current set of cosmological data for “conventional” physics to explain some outstanding puzzles and, 2) a better understanding of conventional astrophysical processes would greatly constrain the properties of any unconventional models that attempt to explain or evade the observations.

One of my future goals that I have not yet fully explored is to develop large-scale computational approaches for solving physics. I have a very strong interest in computational models, but have chosen to stay somewhat clear of this during my training in order to get a better overall sense of the relevant physical questions. While there are still many analytical techniques, applying theory to complicated physical systems such as nuclear structure and astrophysics will require various forms of modeling.

One side-goal is to develop computational techniques for solving non-perturbative physics problems. In the near future, I am developing techniques for efficiently solving fixed point equations that arise in self-consistent calculations using, for example, modifications of the Broyden algorithm and DVR basis expansions (arXiv:0805.4446). These stem directly from developing textsc{df} techniques for modeling Fermi gases, and are used in collaboration with the UNEDF project. In the medium term, this may include developing improved Monte Carlo techniques for studying strong coupling physics, and using DF techniques to bridge the gap between small systems accessible to Monte-Carlo techniques and large systems accessible to experiment and thermodynamic approximations.

A long-term side goal is to help make advances in computer science accessible to physicists, in particular, advances in computer languages and development techniques. As the current trend of multi-core chips and parallel computing clusters continues, it will become more important for physicists to be able to easily develop high quality code that can take advantage of highly parallel systems. Presently this requires physicists to laboriously restructure their code using message passing techniques. I believe that much of this burden can be lifted if proper languages and development tools are employed, allowing physicists to concentrate more on the relevant physics than on the details of how their codes will interact with the ever increasingly complex computing devices. 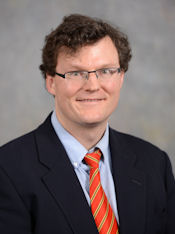