Dr. Keane joined the Department of Energy in 1996 as Associate Director of the Office of Inertial Fusion within the Office of Defense Programs. In 2000, he was named Director of the Division of Secondaries and Inertial Fusion within the National Nuclear Security Administration (NNSA). He was appointed to the Senior Executive Service in 2004, concurrent with his selection as the NNSA Assistant Deputy Administrator for Inertial Fusion and the National Ignition Facility (NIF) Project. Dr. Keane rejoined LLNL in 2007 as Assistant Associate Director of Physics, and went on to serve as Director of the National Ignition Facility (NIF) User Office from 2009 through June 2014. He also served in 2014 as Acting Deputy Principal Associate Director for Science and Technology within the NIF and Photon Sciences Directorate. Dr. Keane is a Fellow of the American Association for the Advancement of Science (AAAS) and a member of the American Physical Society. He is the recipient of the NNSA Silver Medal, the Defense Programs Award of Excellence, and the Fusion Power Associates Special Award. He also serves on a number of national and international governmental advisory committees regarding controlled thermonuclear fusion and related science. 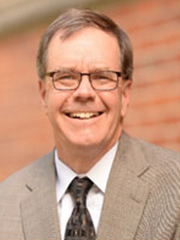