Scientific Interests and Work:
Dr. McMahon is a theoretical and computational physicist. While the (primary) research theme in the McMahon Research Group is computational condensed matter physics, their interests are highly interdisciplinary, involving ideas from fields including physics, materials science, chemistry, and even computer science. Their research involves the simulations of condensed matter starting from the fundamental equations of quantum mechanics; in particular, the electronic structure of condensed matter as well as quantum fluids and solids. Systems of recent interest include dense hydrogen, dense water-ice, and helium-4 in reduced dimensions. There is an underlying complementary effort on the development of novel computational approaches, in order to solve open, currently intractable problems. Recently, for example, they have focused on the development and application of techniques and theory in and from the emerging field of data science to the above research directions.

Background:
Dr. McMahon received his Ph.D. in theoretical physical chemistry from Northwestern University in 2010, while jointly employed at the Center for Nanoscale Materials at Argonne National Laboratory, applying electrodynamics methods to problems in nanophotonics as well as semiclassical light-matter interactions. Then, until 2014, he worked as a postdoctoral fellow at the Institute for Condensed Matter Theory in the Department of Physics at the University of Illinois at Urbana–Champaign, applying novel many-body methods to quantum simulations of condensed matter. Following this, he held a brief postdoctoral appointment (again) at Northwestern University. In the fall of 2015, he joined the Department of Physics and Astronomy at Washington State University as an assistant professor. 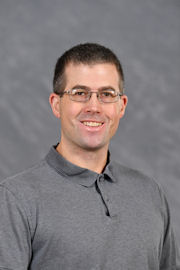