Professor Gary S. Collins has a broad background in the application of nuclear methods to study the local structure of solids.  Particularly through application of perturbed angular correlation spectroscopy (PAC), he and his group members have studied enthalpies of formation and migration of point defects such as vacancies (unoccupied lattice sites) and antisites (atoms on wrong sublattices) in metals and compounds.  Interaction enthalpies between point defects have also been measured, as well as how site preferences of impurity atoms in compounds change as a function of composition and temperature.  His group also has used PAC to study atomic diffusion at high temperature through measurement of nuclear relaxation at nuclei of probe atoms caused by fluctuating atomic environments.  Measurement in thermal equilibrium at temperatures up to 1000 oC has been an essential feature in many studies.  He has been recipient of $3.6 M in grant awards from the Metals Program of the National Science Foundation, including nine single-investigator awards at WSU for the study of the local structure of metals and intermetallic compounds. He has mentored four postdoctoral associates, and eleven PhD, thirty-three MS, twenty-seven undergraduate, and three high-school students. Professor Collins was awarded the Outstanding Career Achievement Award  by the College of Arts and Sciences of WSU in 2019.

Professor Collins received a BA degree in Physics in 1966 from colonial Rutgers College, New Brunswick, NJ.  He then served for two years as a Peace Corps Volunteer in Togo, West Africa, teaching math and science in French in secondary schools. On return to the US he pursued graduate study in Physics at Rutgers University, receiving a PhD degree in 1976 for research using Mössbauer spectroscopy under guidance of Professor Noémie Benczer-Koller. After staying for one more year at Rutgers teaching, he took a postdoctoral position for two years at Clark University, in Worcester, MA. There, he collaborated with Professor Chris Hohenemser, continuing on for six more years as Research Assistant Professor. During that time, he was recipient of a three-year grant from the National Science Foundation as principal investigator, during which he received an unsolicited two-year grant extension award from the NSF for “Outstanding Scientific/Technical Progress”, somewhat comparable to current “Career” grant awards.  After a national search in 1985 for a permanent position, he accepted a position at WSU as associate professor, where he is now full professor of physics.

His group’s methods are applicable to study interactions and properties of point defects in all crystalline solids.  Through measurement in thermal equilibrium at high temperature, one can determine interaction and migration enthalpies and, for solute atoms, site preferences, including enthalpies of transfer of a solute atom between two sites.  Contact Collins to discuss the potential for studies of your interest.  Below are outlined two current areas of study in his group.

Interactions between solute atoms in compounds.   What is the enthalpy of interaction between a pair of neighboring solute atoms dissolved in a compound?  Is it attractive or repulsive?  How does it depend on the host compound, the solutes, and the lattice sites they occupy?  In a naive view, each of the two solutes might be imagined to have an effective charge equal to the difference in the nominal valence of the solute atom and the host atom it replaces.   Collins’s group is carrying out experiments to directly measure interaction enthalpies and hopes to develop heuristic rules to understand the systematics observed in order to make predictions for other combinations of host and solute.

Diffusion of impurity atoms in compounds.  In most crystalline solids, atomic motion (or diffusion) takes place with the mediation of “lattice vacancies”, that is, sites missing atoms into which neighboring atoms can jump.  The mean rate at which atoms jump can be measured through decoherence in the precessions of nuclear spins during the lifetime of a nuclear level caused by changes in the local atomic environments in the course of the jumps.  Systematic studies have been made on many series of related compounds.

But the diffusion is disturbed when the jumping atom is an impurity instead of a host atom, both because the impurity may attract or repel a neighboring vacancy, and because jump rates of the vacancy in the neighborhood of the impurity will be modified.  The overall effect is embodied in a “correlation coefficient for impurity diffusion” that has never been measured.  For example, an impurity atom that has just jumped into a neighboring vacancy may have an enhanced or reduced probability of jumping back into the vacancy, relative to a host atom, thereby reducing or increasing the correlation coefficient.  Experiments are underway to combine diffusivity and jump-frequency measurements to measure this effect for the first time.

Collins teaches at all levels.  At the graduate level, he has taught Electricity and Magnetism 541 and 542, and, for many years, Statistical and Thermal Physics 533.  At the undergraduate level, he has recently been teaching upper-division Thermal Physics 330 and Solid State Physics 463, and introductory Physics for Scientists and Engineers I, Phys 201.  He developed and taught the upper-division Quantum Physics Laboratory 415 for many years.

Collins has been extensively involved with WSU’s University Faculty Senate, chairing major committees and even running to be chair of the Senate.  He has represented the Physics Department as Senator for 12 years.  He has chaired the department’s Graduate Studies Committee since 2012, which recruits new graduate students.  Beyond the university, he has organized professional meetings, including a meeting of the Northwest Section of the American Physical Society (APS), held in Pullman/Moscow in 2004.  He has reviewed and refereed more than 400 journal manuscripts and research proposals, and was named Outstanding Referee of the American Physical Society in 2011. 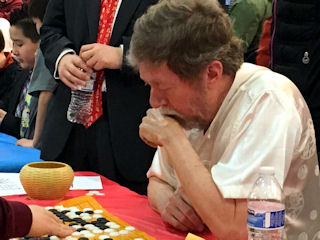 Research in the Local Structure of Solids