Scientific Interests and Work:
Professor Saam is an experimental atomic, molecular, and optical physicist who specializes in spin physics and magnetic resonance in a variety of gas-phase and solid-state systems. In particular, he works on spin-exchange optical pumping (SEOP), whereby circularly polarized (laser) light is used to optically pump and polarize an alkali-metal vapor (typically rubidium, but also potassium or cesium). Such polarized vapors are interesting in their own right, having applications, for example, to precision magnetometry; but they can also collisionally polarize the nuclei of non-zero-spin noble gases, a technique which works particularly well with the stable spin-1/2 isotopes, 3He and 129Xe. Such gases are often referred to as hyperpolarized, and have applications to the study of physics beyond the Standard Model, surface physics, quantum chaos, and magnetic resonance imaging (MRI) of the human lung. Prof. Saam is interested in the intrinsic physics of SEOP, including relaxation mechanisms of the polarized spins, as well as several of the applications. Prof. Saam is chairing the 2017 Conference on Polarized Noble Gases (PiNG) to be held in Park City, Utah October 8-13, 2017. For additional information on the conference, see http://www.physics.utah.edu/ping/

Background:
Prof. Saam completed his Ph.D. work under William Happer and Gordon D. Cates at Princeton University in 1995 studying broad aspects of the physics and applications of spin-polarized noble gases, including the first application of hyperpolarized noble gases to lung MRI. He did post-doctoral work under Mark S. Conradi at Washington University in St. Louis furthering the MRI work with particular focus on improving the imaging speed and making use of helium diffusion as a contrast mechanism in gas imaging. He was appointed as assistant professor of physics at the University of Utah in 1999, was tenured in 2004, and was promoted to full professor in 2008. He moved to WSU in February of 2017 as full professor and department chair. 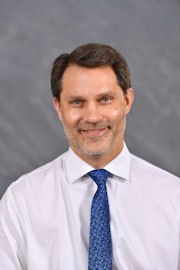